Tyler Butterfield has decided to adopt a “one race at a time” approach for the 2017 season as he attempts to qualify again for the Ironman World Championships in Kona in October. Rather han lay out a schedule he will make decisions on future races based on prior results in order to optimize his prepration for Kona whilst still achieving the points needed to qualify.

Following on from his 4th place finish in the Dubai 70.3 this week, Tyler will next race on the 22nd April 2017 at the Memorial Hermann Ironman Texas, which is the North American Championships.

Athletes will begin with a 2.4-mile swim in Lake Woodlands. The rolling start, point-to-point swim begins at North Shore Park and ends at Town Green Park. The two-loop, out and back 112-mile bike course takes participants south through the scenic, rolling farmland of east Texas. The day ends with a 26.2-mile run taking place entirely within The Woodlands and concluding with a spectacular finish on Waterway Ave. For more go to :

As expected Flora Duffy’s 2017 schedule is aimed primarily at defending her International Triathlon Union World Series title, her World Series Grand Final title and her XTerra World Championships title. However, there is one surprise race in the schedule, the Sea Otter Mountain Bike XC on the 22nd of April at the now legendary Sea Otter Classic cycling and outdoor sports festival.

The festival was established in 1991 and attracts some 10,000 amateur and professional athletes and around 70,000 fans as well as over 450 vendors at the largest bike expo in North America. Cycling is central to the 4 days of events with world class professionals and amateurs competing in road and mountain bike races in the traditional US cycling season opener. The cross country race is the first in the North American Cross Country Mountain Bike Series and has very strong professional mens and womens fields.

So why has Flora chosen to enter this race ? She revealed to me today that she is hoping to double up in the triathlon and women’s mountain bike events at the 2018 Commonwealth Games to be held in Gold Coast Australia in April of next year. Flora’s announcement also explains why she competed today in the first race in the South African Mountain Bike Series at Grabouw. (At press time results were not available but Flora, who is just returning to training, was not in the first 5 women and admitted not yet being in shape to be competitive against pure mountain bikers).

The rest of Flora’s schedule holds no major surprises although she has chosen to enter one of the most iconic races on the triathlon calendar, the Escape from Alcatraz in San Francisco. The race in its current format was established in 1983 and is unusual in that it starts with the athletes jumping from a ferry into the ocean off the infamous Alcatraz Island. It then incorporates a 1.8km swim to the mainland, a .08km run to the swim/bike transition,an 18 mile bike that includes riding across the Golden Gate Bridge and a tough 8 mile cross country run that includes a 400 step climb up from Baker Beach. The event is in many ways unique and the tough course and non drafting bike leg will certainly suit Flora. Over the years the race has always attracted a select but strong professional field.

Altogether it promises to be an exciting year for Flora who after her fantastic results in 2016 will have the eyes of the triathlon world on her and a big target on her back !

The video features not only Jasper but also two time Ironman 70.3 North American Champion Brent McMahon who is a resident of Victoria BC. Brent holds one of the fastest times for Ironman triathlon, 7 hrs 46 mins 10 secs, set at Ironman Brazil in 2016.

Jasper is the guy in the blue feather boa scarf and what looks like a long white nightgown.

The video was the idea of well known Vic cyclist Matt Hulse ( the bearded guy with a ponytail) a lawyer in Victoria. The video features Victoria Mayor Lisa Helps.

To view the video :

Following this week’s Bermuda Triathlon Association AGM, it has been announced that Patty Petty, one of the longest serving members of the BTA, will continue with her role as Bermuda’s International Triathlon Union representative and elite athlete liaison.

In addition, Tina Rowse, will continue her work putting out the BTA Newsletter.

This blog has also been advised that the BTA Executive will shortly be announcing the following :

Tyler Butterfield got his 2017 season off to a strong start with a 4th place finish at the Ironman 70.3 Dubai yesterday, 27th January.However, Switzerland’s Ruedi Wild took a wrong turn near the finish after moving into 3rd so at press time it is unclear whether Wild was awarded 3rd or 4th as the results show 3rd but the twitter feed showed him 4th after he crossed the line behind Tyler.

Tyler exited the 1.9km  swim in 9th place in 24.31 with Josh leading out of the water in 23:40. Tyler then produced the fastest time for the 90km bike ( 2:00:14) exiting transition at the front of the field. Despite a solid run, he was not able to hold off three times Triathlon World Series champion and Olympic silver medalist Javier Gomez who used his renowned running speed to take the overall win. Gomez, making a welcomed return after breaking his arm last year and missing out on the Olympics and World Championships, handled the heat well to complete the 21.1km run in a very quick 1:10:44 for an overall time of 3hrs 42 mins 21 secs.

Ironman World Champion Daniela Ryf of Switzerland finished in 4:01:40 to take overall women’s honours after a blistering bike ride of 2:09:52.

The Bermuda Triathlon Association AGM was held last night, Wednesday 25th January, at Docksider Pub and a good turnout of some 50 members elected the new directors as follows :

Steve Petty, one of the founding members of the BTA, has many years of experience and has been a stalwart of the BTA since the 1980’s. He has acted in various capacities and implemented a number of initiatives including starting the excellent Ironkids Triathlon. He has competed for Bermuda in virtually every age group triathlon world championship and is still racing and assisting with race organisation. He is very knowledgeable of the local and international triathlon scene.

Ian Pilgrim has been a leading light in the association for the past ten years or more and has been involved in numerous roles in particular making a valuable contribution to the junior development and establishing strong international contacts. He is also very involved in assisting with race organisation and has taken responsibility for the popular Thursday night super sprint series.

Alec Shepherd has had experience in event management before moving to Bermuda and is currently in the process of taking over the organisation of the popular Neill / Blake Triathlon camp. He is also a strong age group triathlete who competes both on the local and international scene and has represented Bermuda at the age group world championships.

Andrew Davis, a former national champion, is still an active triathlete and has served on the BTA Executive and acted as race director on a number of occasions. He will be a valuable addition to the board of directors.

Sharon Hammond has only been in the sport for a few years but has already made a big impact on the local scene having helped to set up the Missfits Triathlon Club for ladies which now boasts a large membersip that race both here and abroad. Sharon has represented Bermuda and continues to race in particular over longer distances where she has performed very well in her age group.

Last but not least is Aaron Smith who continues as a director of the BTA. In the last 18 months he has taken on far more responsibility and has worked in the background on a number of important initiatives using his considerable business experience and contacts. He is a former strong age group triathlete and is passionate about continuing to expand Bermuda’s presence on the international triathlon circuit and provide opportunities for our junior triathletes to develop both locally and abroad.

Charlie Duffy, an accountant by training, has worked in club treasurer capacities before and Sharon Craig is and active triathlete who has represented Bermuda at age group championships.

Also in attendance at the meeting was Philippe Schmidt, the man responsible for bringing back World Series triathlon racing to Bermuda from 2018. He gave a presentation on this initiative and I am advised that his presentation was well received.

Having met with various members of the new board in recent months I know that they have very strong views on how take the association forward and are passionate about triathlon so it should mean exciting times for the BTA. Importantly they are also prepared to “get their hands dirty” by being involved in race set up and organisation and all of the work required to make any association succesful.

Hopefully the final 2017 race schedule and other event dates will be announced in the next few weeks.

It only remains for me to thank Jen Gunn and the other retiring board members  for their  hard work in  often thankless roles. I will devote more time to thanking them in a post shortly.

Travelling triathlete Kent Richardson added another country to his impressive list of countries visited to compete in triathlons as he won his age group this weekend at the Puerto Lopez Triathlon in Ecuador racing for team Eq3. The event doubled up as the Ecuador National Sprint and Olympic distances Triathlon Championships and Kent competed over the sprint distance of 750 meter one lap swim, 20k two lap bike and 5km two lap run winning the men 55-60 age group in 1hr 06 min 55 secs placing him 4th overall. Only three 20-24 year olds finished ahead of him. Kent arrived in Cuenca, Ecuador a week before the race for some altitude training.

Following her outstanding 2016 season Flora Duffy has been the lead article in a number of high profile triathlon magazines.

The January / February 2017 issue of Triathlon Plus features a lengthy article on Flora and she is pictured on the magazine cover so if you are in the UK pick up a copy ! 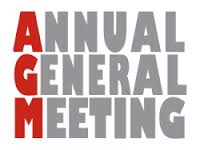 A reminder that the BTA AGM will take place this Wednesday 25th January 2017 in the back room of the Docksiders Pub at 5.30PM.

You need to be a paid up members to vote.

TO JOIN THE BTA OR RENEW YOUR MEMBERSHIP CLICK HERE

A reminder that the 2017 Neill Blake Triathlon Camp is only just over a month away as it is due to take place from February 24th to March 4th 2017. 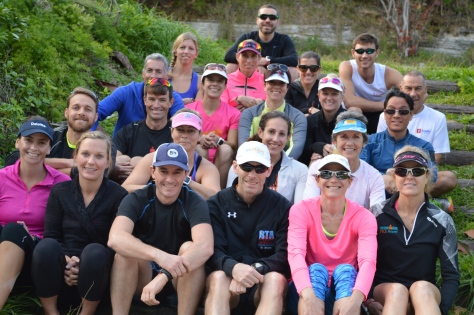 As always the camp has an exciting schedule and coaches Jasper Blake and Mike Neill have received numerous accolades from local triathletes many of whom are now being coached by them.

Thi camp will be the 7th and the number of repeat triathletes who have signed up year on year is testament to the camp’s popularity. Last year over 40 triathletes took part in the camp.

The camp always attracts a big cross range of abilities from our fastest age group triathletes to complete beginners and has received great reviews each year.

To sign up go to http://www.bta.bm and in the top left of the home page click on Camp Blake Neill 2017 for details of the schedule and an entry form.

PLEASE NOTE THAT THE QUICKEST WAY TO SIGN UP IS TO SCAN THE COMPLETED FORM TO : ALECSHEP@BTOPENWORLD.COM OR TO DM@UPTONMANAGEMENT.COM AND THEN PAY ONLINE BUT YOU CAN ALSO DROP OFF YOUR FORM AND/OR PAYMENT IN AN ENVELOPE AT WINNERS EDGE OR BICYCLE WORKS.